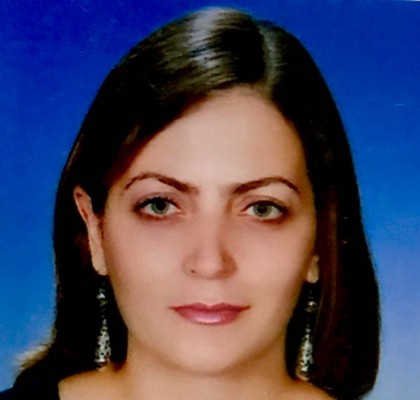 Funda Gezer was born in March 1975 in Nicosia. In 1998, she graduated from the Department of English Language and Literature at the Faculty of Letters, Ankara University. In the same year, she completed her Master’s Degree in Applied Linguistics: Sociocultural Approaches at Goldsmiths College, University of London. During her Master’s Degree, she worked as a volunteer assistant to the director of the College of North East London. Also, she worked as a translator for a major project at Queen Mary College, University of London. After completing her Master’s degree, she did TEFL course at Teacher Training International Scool and returned to Cyprus in 2001. As soon as she returned to Cyprus, she started to work as a lecturer at the Department of English Language Teaching, Near East University. She started her PhD studies at King’s College, University of London in 2008 and continued her doctoral studies at the Department of Curriculum and Instruction, Near East University. In November 2018, she received her Ph.D. in Curriculum and Instruction and gained the academic title of “doctor”. In July 2019, she received the academic title of Assistant Professor again from the Department of Curriculum and Instruction.

In September 2012, she began lecturing in other departments of the Faculty of Education. In October 2012, she was appointed as the Deputy Head of the Philosophy Group Teaching. She carried on her duty till February 2018. From February 2018 to June 2019, she took part in the Classroom Teaching Department. In July 2019, she was appointed as the Director of the Turkish Preparatory School and Coordinator of Turkish Lessons for Foreigners. Since September 2019, she has been directing the Turkish Preparatory School and coordinating the Turkish lessons for foreigners and lecturing in the departments of Translation and Interpreting, English Language and Literature and English Language Teaching. In June 2011, she took part in the organizing committee of the 1st International English Language Teaching Conference organized by the Department of English Language Teaching at the Near East University. Funda Gezer who is a member of Cyprus Educational Sciences Association, has articles published in journals indexed in international scientific indexes and papers presented in international scientific conferences.