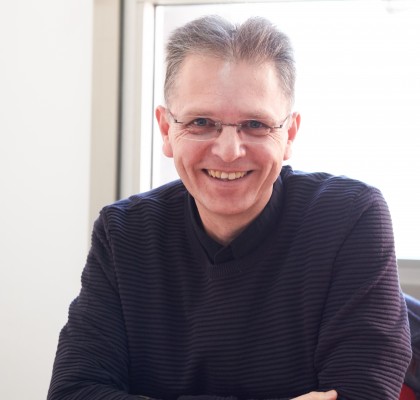 Evren Hınçal was born in Lefkoşa in 1973. After completing his elementary school in the Şehit Tuncer Primary School, he went to 20 Temmuz Fen Lisesi for both secondary and high school education. In 1991, E.Hınçal graduated from higher school and registered to the Hacettepe University located in Ankara, Turkey for his undergraduate education. In 1995, he graduated from the Hacettepe University, Department of Mathematics with BSc degree.

E.Hınçal has a considerable number of publications about cancer statistics, cancer epidemiology and mathematical modelling about health issues in international journals. Evren Hınçal worked as a part-time lecturer both at the Eastern Mediterranean University and at the Near East University between the years 1999-2006. Since 2007, he is a full time member of Near East University, Department of Mathematics. In 2015, he became the headof Mathematics department and in 2018, he is appointed as the Vice Dean of Faculty of Arts&Sciences. In 2019, he founded Mathematical Research Center in Near East University. He became Associate Professor in 2013 and Professor in 2018. Evren Hınçal is married with a child.